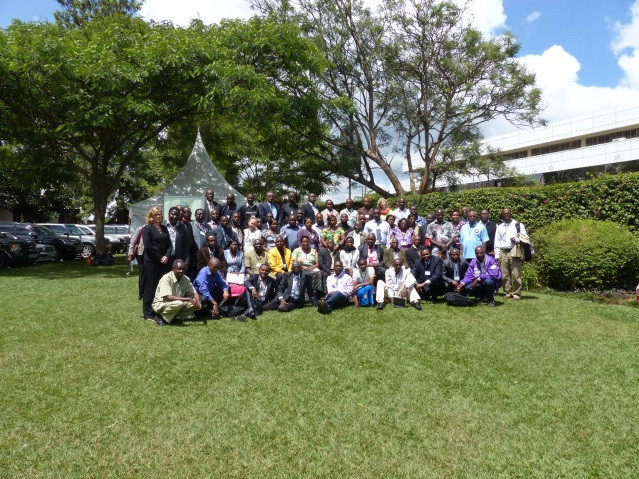 The Eastern African Farmers’ Federation (EAFF) organised its 2nd Regional CAADP Africa Forum for Eastern Africa from 25th to 28th of November in Nairobi on “Smallholder Commercialisation – livestock and potato value chains in Eastern Africa”. The AFC Team Leader facilitated in this meeting as moderator for some of the sessions and assisted the participants in the development of country action plans.

This second regional forum has been convened in close collaboration with the NEPAD Planning and Coordination Agency and Regional Economic Communities from Eastern Africa.

EAFF’s main objective for the forum was to facilitate learning and sharing between farmer organisations and other actors, with the deliberate intention of ensuring that what is learned is applied back in the home countries.

The selection of participants was therefore demand driven in respect to the two value chains and focused on EAFF members, individual farmers, government representatives and organisations that are already working on potato or livestock value chains in their countries and to which the forum could add value in developing their respective country action plans. More than 60 participants from Djibouti, Ethiopia, DRC, Rwanda, South Sudan, Tanzania, Uganda and Kenya followed the invitation, of which almost 30% were women.

The forum was well organised by EAFF and consisted of presentations, discussions and field trips to selected livestock and potato farmers and research institutions, such as KARI (Kenya Agricultural Research Institute – Regional Centre of Excellence for Dairy in Naivasha) and CIP (International Potato Centre – Plant Quarantine Station in Muguga).

On day 3 of the forum, participants were divided into country and commodity groups and prepared country action plans in which the learnings from the first two days of the forum were incorporated. EAFF will support the National Farmers’ Organisations in implementing these action plans through either financial support that is available under specific EAFF programmes or through lobbying and advocacy activities with government and the private sector in order to address identified short-comings in livestock and potato policies and regulations in the member countries.

The forum was perceived by the participants as a very helpful instrument for harnessing the voice and the influence of farmers and non-state actors in CAADP.