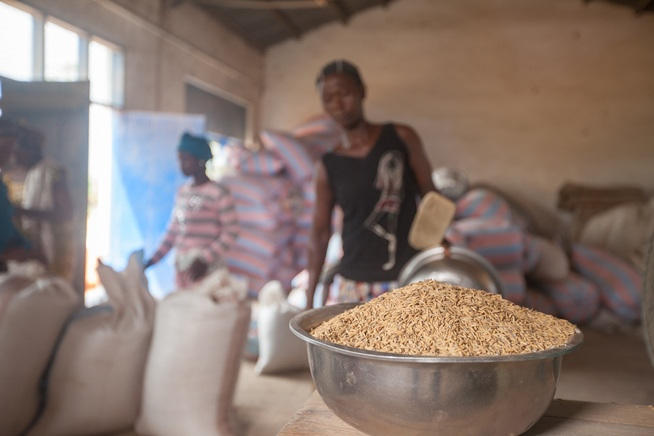 The achievement of a year-round sufficient and balanced provision of the population with food is generally understood as food security. Over the past decades, the international community has achieved quite some success in eliminating hunger and starvation in many countries worldwide. However, food-insecure situations still occur due to natural calamities such as droughts and flood, but also due to war and political unrest.

According to the Food and Agriculture Organization (FAO), food security is based on four pillars. Pillar 1, food availability, is mainly fostered by agricultural methods leading to an increase in agricultural production and productivity. Pillar 2, the access to food is supported, among others, by price and market incentives, and the modernization of infrastructure, such as roads, markets, and storage systems. The third pillar of food use refers to nutritional aspects, such as the adequate preparation of dishes in the household and a balanced diet for all household members. The last pillar refers to the year-round stability of the three pillars above, in particular during seasons when food becomes limited on the market (which is often at the end of the dry season).

In the past, food security was often understood as the sufficient intake of calories. The new concept of food and nutrition security also takes into consideration the needs for a balanced food intake, in particular the need for a sufficient supply with proteins, micro nutrients, and vitamins. Therefore, AFC also advises the rural population in diversifying their food production, for example by establishing and maintaining home gardens for a regular supply with fruits and vegetables.