On November 28, 2019, in Bamako, a closing ceremony was organised with all the actors and driving forces of the project to not only take stock of 8 years of unfailing collaboration, but also to project itself towards the future in view of the results achieved.

Since 2011, AFC-ECO and its team have been carrying out capacity building activities for intermediary actors in the field of local irrigation within the framework of the Support Program for the Local Irrigation Sub-Sector (PASSIP). Thus, the National Directorate of Rural Engineering (DNGR) was supported by AFC, in consortium with Eco Consult, in its missions by:

The dynamism and commitment of all sides has led to results beyond the set objectives, such as:

These capacity-building activities have thus contributed to giving a new face to rural development in Mali by making PI a reality with which technical services, NGOs, consulting firms and producers have become more familiar. 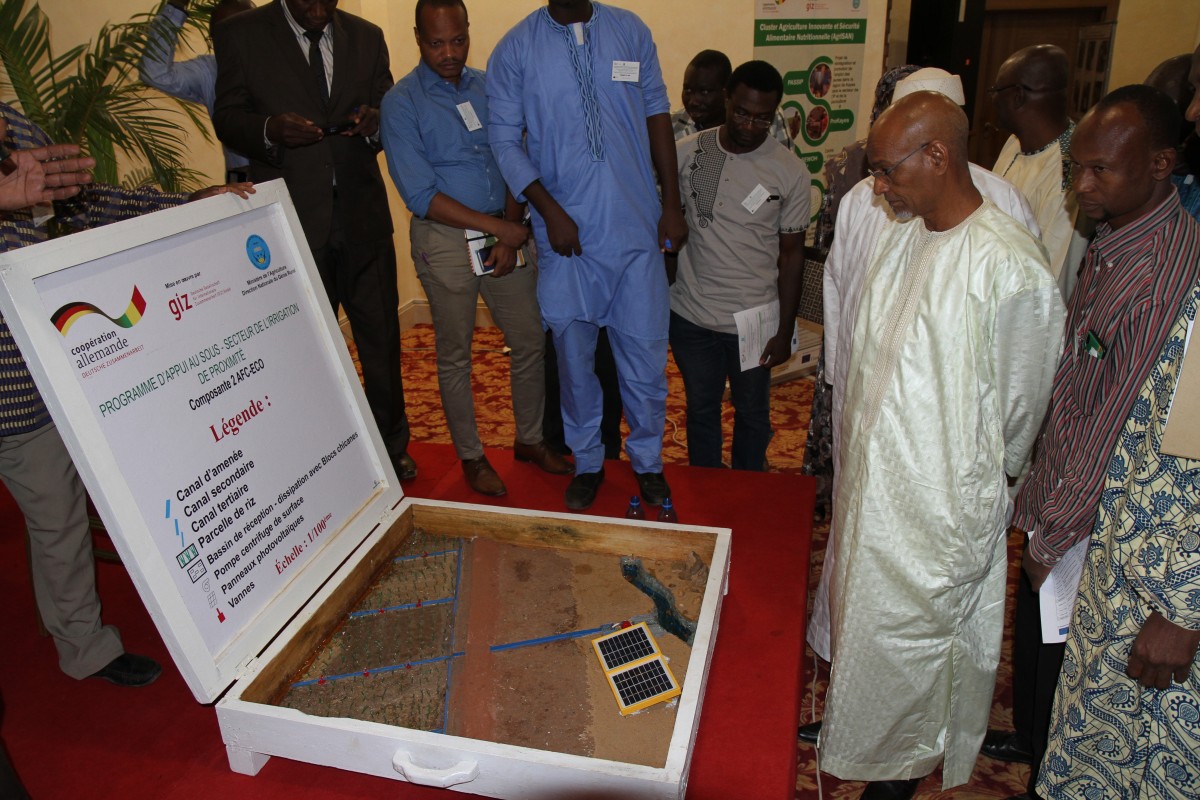 The ceremony itself was preceded by a debriefing workshop during which each reference-training centre was invited to present the progress made and make proposals for the future. On this last point, emphasis was placed on visibility, communication and the issue of ownership of curricula. Actions will have to be undertaken to maintain the dynamism of the network set up between the centres, to strengthen post-training follow-up and to continue training of intermediary actors. The review workshop also had the honour of receiving the visit of Professor Mahamoudou Famanta, Minister of Higher Education and Scientific Research and former Director of the IPR/IFRA continuing training centre in Katibougou.

During the ceremony, speeches by several personalities, notably the National Director of Rural Engineering, Mr. Aghatam Ag Alhassane, the BMZ representative in Mali, Mr. Jan Meise, and the Director of PASSIP, Mr. Jürgen Hoerner, were tangible proof of the satisfaction of the beneficiaries and the positive impacts that component 2 has had. Many words of thanks were expressed by, among others, the representative of the Technical Commission, Mr. Namory Keita, and the representative of the Reference Training Centres, Dr. Bah Napo. This ceremony was an opportunity to publicly present the results of the 8 years of fruitful collaboration, and to exhibit all the educational tools developed (models, flanellographs, image boxes, games, posters).

The official handing over of printed curricula to the beneficiaries was the concretization of this project and thus marked the end of long years of collaboration in the elaboration of curricula, but it does not mean that other current and future support will cease.